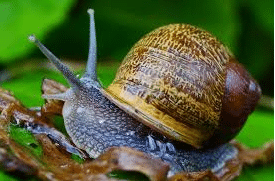 Our eyes rolled when we first heard about snail secretion being touted as the latest skin care miracle-cream – what will the beauty industry come up with next, we wondered. However when you delve into the research, the proponents of snail secretion might actually be on to something.
The story goes that snail farmers in Chile (apparently Chile supplies France with most of its culinary snails – who knew?), noticed that scratches on their hands healed much faster after they had been handling their tiny, slimy livestock. They also reported their skin felt softer. Analysis of snail secretion bears this out with high levels of hyaluronic acid, glycoprotein enzymes, proteoglycans and antimicrobial and copper peptides found in the slimy goo – nutrients long known to promote skin repair and help the skin retain hydration.
A study by a team of researchers in Brazil in 2012 found that the mucous from the Giant African Snail promoted more rapid healing of wounds when applied to wound dressings in a study group of rats. The series of experiments found that the snail secretion encouraged the production of collagen, one of the most important structural building blocks of the skin.
On the other side of the world, Korea has seen a surge in beauty spas offering snail-skin therapy – live snails are placed on the customers face to slither their slimy goodness all over the skin – not recommended for the squeamish. They do this in the belief that the collagen-boosting properties of snail secretion has an anti-ageing affect on the skin. And a Californian study published in the Journal of Drugs in Dermatology seems to back this up. Researchers found that after an 8 week trial participants reported a significant improvement in fine lines compared to the control group.
Fortunately here in Australia we can buy snail secretion in a cream or ointment, avoiding all that close personal contact with the slippery mollusc itself. National Custom Compounding can make up topical applications of snail secretion at their PSA and USP-compliant laboratory right here in Australia.
For more information on snail secretion and its effects on the skin talk to one of the friendly pharmacists at National Custom Compounding on 1300 731 755 or email us at [email protected]