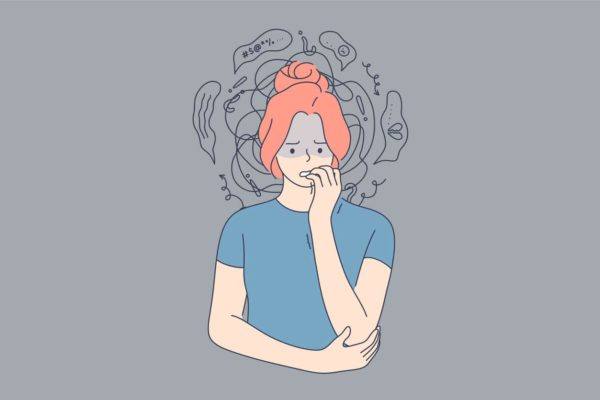 A clinical study ‘first’ conducted by Griffith University in Queensland has found that bolstering levels of Zinc and B6 in people presenting with Pyrrole Disorder led to a statistically significant decrease in symptoms and biological markers associated with the condition.

What’s worth noting is that increasing B6 levels alone had no impact on the symptoms of Pyrrole Disorder, however when high levels of zinc were taken in conjunction with B6 supplements, the improvement in symptoms were significant.

The study was the first of its kind to examine the occurrence of Pyrrole Disorder in a healthy population. It was able to draw a direct correlation between biological markers of the disease and three key psychological symptoms: recollection of nightmares only when dreaming, poor dream recall and short term memory loss.

185 adults between the ages of 18-75 participated in the study over a period of 6 months, with researchers concluding:

“The combination of B6 and Zn did demonstrate control on HPL values with lower median, maximum, and the elimination of elevated outliers in comparison to those participants on no supplements.”

“Pyrrole participants had significantly less dream recall, recalled nightmares only when dreaming, and had poor STM (short term memory)…. Additionally, the treatment for pyrrole, namely B6 and Zinc, was shown to control HPL values.”

What is Pyrrole Disorder?

Pyrrole Disorder, sometimes referred to as Pyroluria, is a little studied condition that adversely affects the sufferer’s mood and mental health. The disorder sometimes, but not always, occurs alongside other conditions like anxiety, schizophrenia and bipolar disorder.

The hallmark of Pyrrole Disorder is an excess of Hydroxyhemopyrrolin-2-one (HPL) molecules in the body. HPL, otherwise known as pyrrole, is a by-product generated when the body produces heme, an important component in the production of haemoglobin.

When HPL is excreted by the body through urine, it binds to zinc, B6 and other nutrients on its way out of the body’s system. In a healthy person, this nutrient-stripping is mild and goes unnoticed, however if the body is producing too much HPL then too much zinc and B6 is being lost and nutrient deficiency is the result.

It’s believed that this nutrient deficiency of zinc, B6 and other elements, leads to an imbalance in the way the brain functions. Zinc and B6 are linked to the production of serotonin and dopamine – that brain’s natural pleasure-inducing chemicals – and low levels of these elements in the body leads to the symptoms associated with Pyrrole Disorder.

Following are some of the more common symptoms of Pyrrole Disorder:

Can Zinc and B6 Cure Pyrrole Disorder?

While there are many theories, scientists still don’t understand exactly why some people produce more HPL than others.

This makes developing a ‘cure’ challenging, however there is a large body of anecdotal evidence, along with the Griffith University study, that points towards combination zinc and B6 supplementation being very effective in reducing symptoms.

Overdosing on Zinc and B6 is possible and so high doses of these vitamins should only be taken under direction of a qualified doctor.

To speak to an integrative doctor with experience treating Pyrrole Disorder visit our Find a Doctor page on the website.

24-Hour Promise
Over 95% of compounded
medicines shipped within 24 hours
Delivery Australia-Wide
With free delivery on
orders over $150.
Free Pharmacy Collection
From over 265 partner
pharmacies nationwide.

For Your Compounding Medicines?

What Patients & Practitioners Are Saying

About Our Compounding Medicines

"The quickest and best"

“We have been with a compounding pharmacy since 2000 in South Africa and Australia. You are the 2nd in Australia and the quickest and best, Thank you We currently order & collect at Oxenford Amcal”

"They are respectful, friendly"

“They’ve been very good to me as I have used them for 2 years as a practitioner and 2 years before that as a patient. As a patient I had no problems. They are respectful, friendly and their customer service is professional.”