Could you be allergic to your medication? 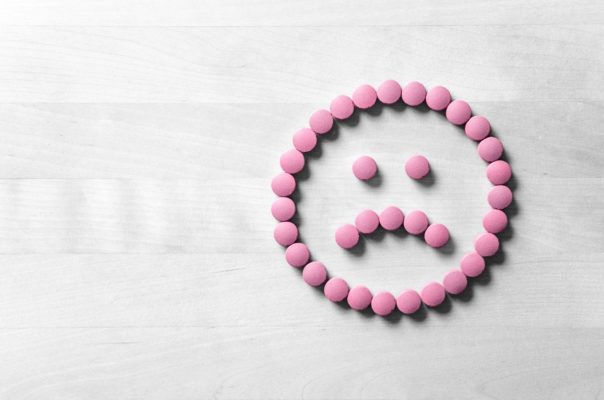 Medications, including prescription medications and supplements, often contain a number of inactive ingredients: These are substances that are added to a medication not intended or expected to have any direct therapeutic effect.

So those Inactive ingredients may not be so inactive after all!

This could be bad news for the estimated 20% of the Australian population that have at least one allergy. According to the Allergy and Immune Diseases in Australia Report, Australia has one of the highest allergy rates in the world and growing, including drug allergies.

The U.S. study, conducted by a team from Brigham and Women’s Hospital and Massachusetts Institute of Technology (MIT), found the most frequently prescribed medications in the U.S. included at least one ingredient known to cause adverse reactions, such as peanut oil and gluten. Approximately 45% of medications contained lactose and 33% of medications contained a food dye, an additive used for aesthetic purposes only.

Although inactive ingredients used in medications are generally considered safe to the broader community, they can cause adverse reactions like hives, gastric issues, difficulty breathing or even anaphylaxis in people with allergies or intolerances, which is a big problem if they come in much-needed medications.

According to Compounding Pharmacist Matthew Bellgrove, there is also a worry is that some people may avoid taking beneficial medications in the belief they’re allergic to a medication, when in fact they may just be allergic to the additives used in the medication.

With hundreds of different brands and formulations of medications, each using a different combination of inactive ingredients, it can be a minefield for anyone with allergies or intolerances to get the right medication for them.

Fortunately, there is a solution for such individuals. It is possible to get prescription medication without the ‘inactive’ ingredients. A trusted compounding pharmacy like National Custom Compounding can produce medication to the exact formula used by the manufacturer, or as prescribed by a doctor, but without the unnecessary additives.

There is also growing evidence that continuous exposure to chemical additives adversely impacts on the composition of gut microbiota. In some cases, this can lead to bowl disease and even cancer. Therefore, custom medications without the additives can also be helpful for people on multiple meds or long-term therapies, to limit their exposure to unnecessary inactive ingredients.

If you’ve experienced reactions to a medication, or you have known sensitivities, ensure you always read the ingredients list for any medication or supplement before taking it, and never stop taking a prescribed medication without first consulting your doctor.

Seek advice from your integrative doctor or GP on ruling out reactions to inactive ingredients by working with a compounding pharmacy.

If you have any questions on medications made without additives speak to one of the team at National Custom Compounding on 1300 731 755 or drop a line to [email protected].

24-Hour Promise
Over 95% of compounded
medicines shipped within 24 hours
Delivery Australia-Wide
With free delivery on
orders over $150.
Free Pharmacy Collection
From over 265 partner
pharmacies nationwide.

For Your Compounding Medicines?

What Patients & Practitioners Are Saying

About Our Compounding Medicines

"They are a fantastic team from top to bottom"

Our relationship with NCC is very good, very professional. They’re great to work with, we have a really good understanding of how each other operates. They are a fantastic team from top to bottom. They have a really quick turnaround, are very knowledgeable, quick to answer on formulation questions. They really know what they’re doing, good communications.

"The quickest and best"

“We have been with a compounding pharmacy since 2000 in South Africa and Australia. You are the 2nd in Australia and the quickest and best, Thank you We currently order & collect at Oxenford Amcal”